North Carolina has become one of my favorite places to visit since my last trip in 2015. I knew that I wanted to go back at some point, I just didn’t think it would be for a weekend in cold and rainy March. You might think it’s crazy, driving eight hours to Nags Head and then another hour to Cape Hatteras on a Friday, and you would be right. Somehow I have found the only person who is willing to drive 18 hours in one weekend.

Around 7 PM, we hit a crap-ton of heavy rain and lightning. As we passed through it, I caught a glimpse of some awesome lightning in the clouds. 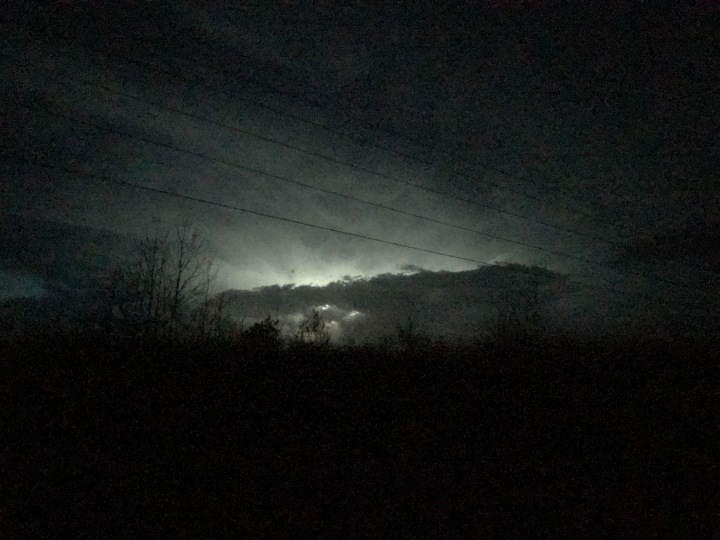 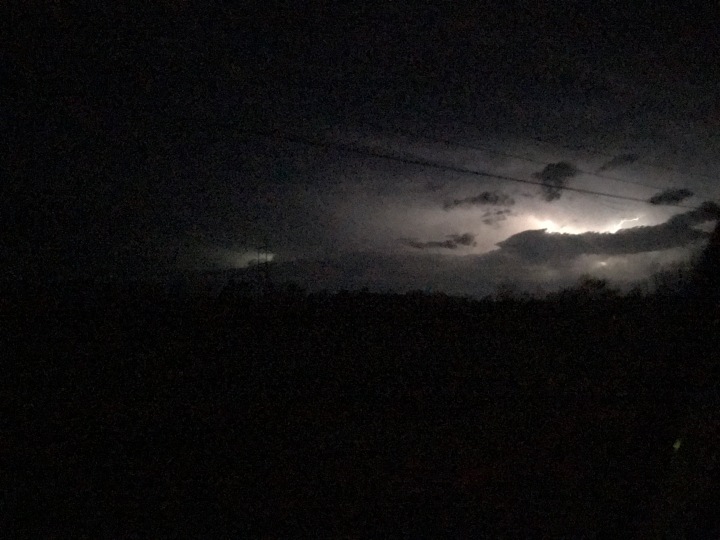 We arrived at the Hatteras Island Inn around 10 PM. It was a small hotel, but had the perfect location for all of Mike’s photo needs. They also had complimentary tea and juice, which had me sold. Our room had a king size bed, perfect for tuning out a certain someone’s snoring, plus a microwave and mini fridge.

Saturday started off slow with breakfast at Diamond Shoals. Sitting in the restaurant, wearing nothing but jeans and a sweater, with the sun shining, I felt like I was on vacation. Then our food came. Western omelette with hash browns and a biscuit (me). Scrambled eggs with bacon (him). Coffee. So good!

With a full breakfast, we scoped out the first pier of the day.

I still couldn’t believe that we were standing on a beach in March. The pier was beautiful in all of its abandoned glory. Despite its appearance, the structure that remained was pretty resilient to the incoming waves.

Next stop was the pier in Nags Head. Even though they were doing construction for the upcoming season, we were still able to walk below it. Mike also got some cool drone footage from above. Nothing more nerve-racking than watching an expensive piece of video equipment fly hundreds of feet over water. Luckily, the drone returned to us dry and in one piece. 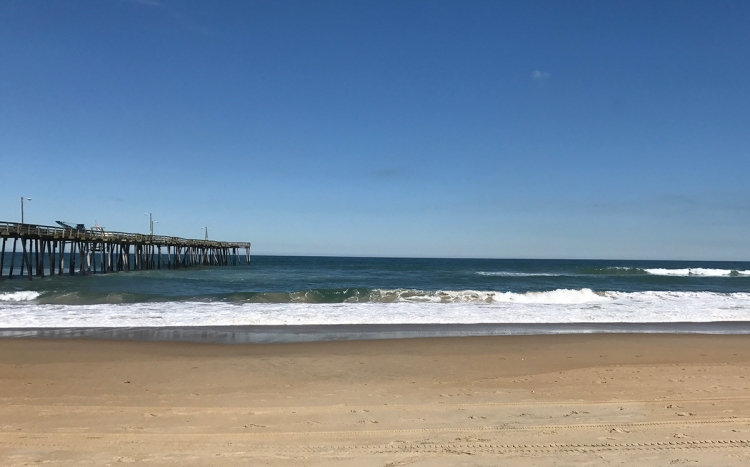 We killed some time around town until sunset. Dinner at a place called Darrell’s 2 BBQ and outlet shopping. The outlet shopping might have been a bad idea, but sometimes you stumble upon a great pair of jeans and you forget about that budget you were trying to stick to. 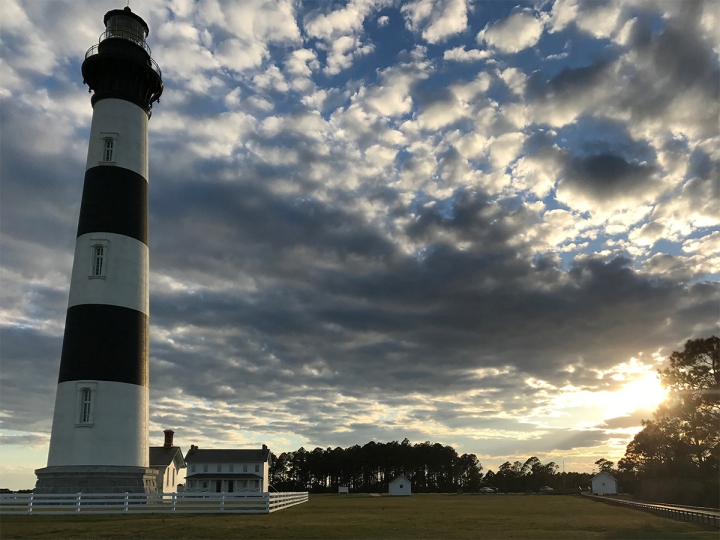 We said our goodbyes to Cape Hatteras early on Sunday. Even a short stack of pancakes at Stack’em High couldn’t prevent me from feeling sad- and that’s saying a lot. Guess we’ll just have to go back (for more than two days).

Simplicity in food and travel