A few weeks ago, Mike and I went camping in upstate New York to see the Chittenango Falls and Watkins Glen.

Our first night, we camped at the Cedar Valley Campsite in Morrisville. Since we arrived late on Friday, we had to set up everything in the dark. If you know me, you know that I was paranoid the entire time. I’ve seen enough movies to know that nothing good happens when you’re alone at night in the middle of the woods. It also didn’t help that my other senses were heightened because I couldn’t see anything. I could hear the stream next to our tent, the leaves blowing in the wind, and the crunch of tree branches in the distance. I did not sleep well.

I felt better when the sun was out the next morning. The stream that made me want to pee all night was actually very tranquil and closer than I had imagined. And we were most definitely in the woods.

After breakfast and a shower, we packed up the tent and headed over to the falls.

The falls were larger than I expected and far more easily accessible than I had thought. The park had several paved walking paths and a huge picnic area and parking lot for visitors. The challenging part was getting to the bottom.

We made our way back up to the car and started our journey to Watkins Glen. 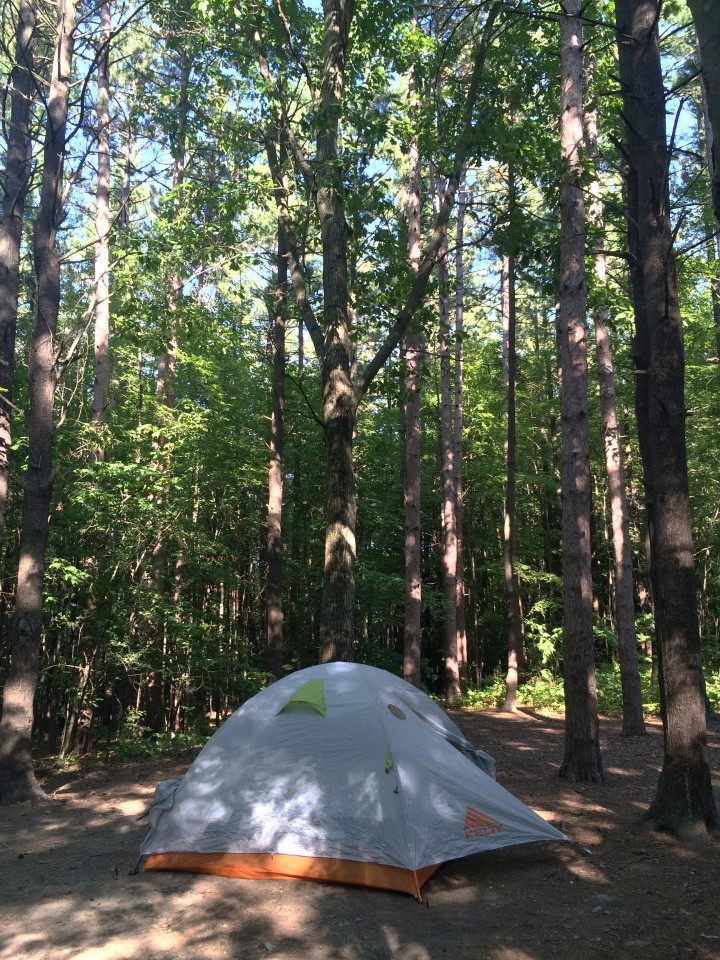 Even though the campground was packed, we had plenty of room at our tree-tucked campsite. The spot was perfect for two people, a car, and a tent. We also had a great location from the facilities and park entrance.

Once we were settled, we spent some time exploring. 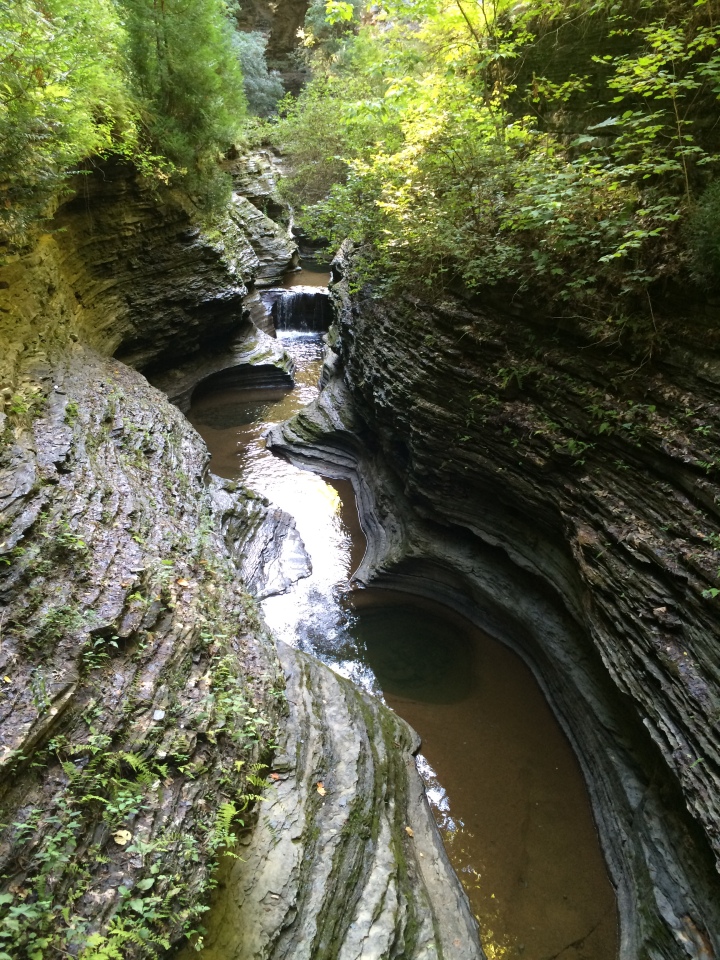 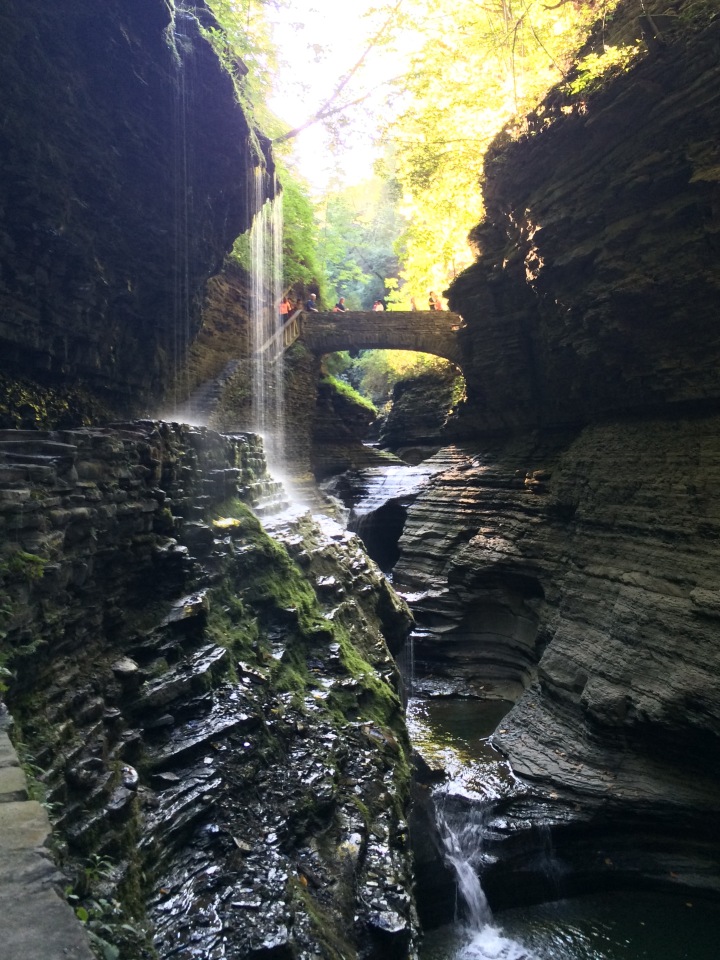 By 5 PM, the crowds had become so unbearable that we decided to leave for dinner. Mike predicted we would have better luck in the morning. While the tour groups ate their breakfast, we could tour the park at our own pace. He was right. 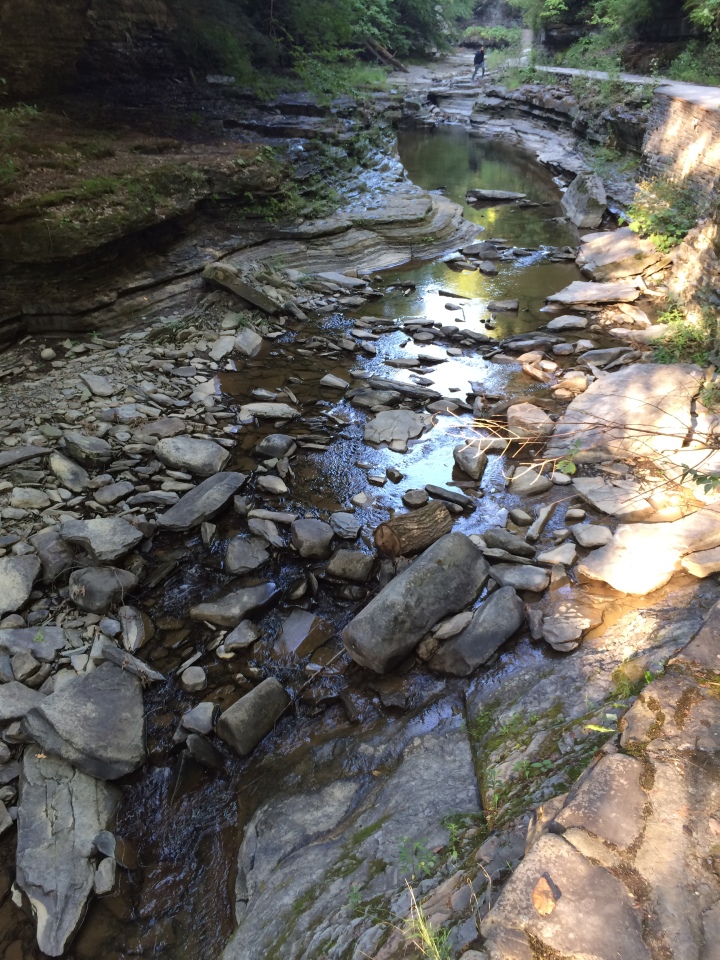 The park was quiet the next morning. There were some people walking around, but it was nothing compared to the mob scene the day before. I finally had time to enjoy the scenery uninterrupted. We left just as the crowds started to pick up.

Click on the video below to see more of the Chittenango Falls.