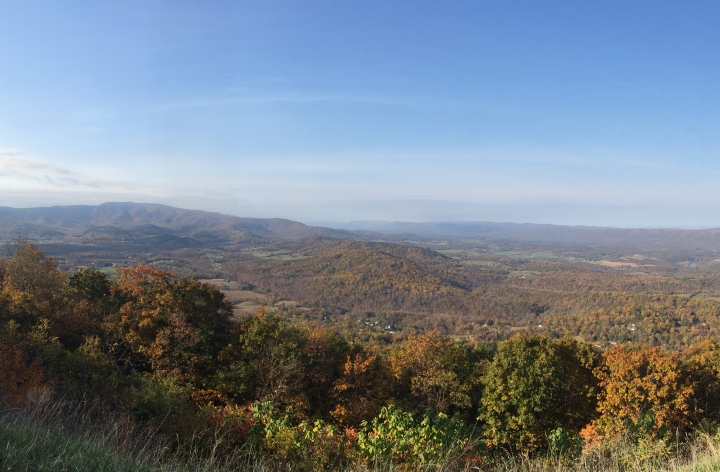 Fall is one of my favorite times of year. The leaves start to change, the weather gets a little chillier, and you can eat as much pumpkin pie as you want. However this year, instead of consuming a concerning amount of pumpkin flavored foods, I went to Shenandoah National Park to see the foliage. Not a pumpkin in sight.

I spent a total of two nights in Front Royal, VA which is only a five minute drive from the park. The hotel was adequate- clean, big bed, and free breakfast. The pillows were especially tiny, but effective. I passed out fairly early, knowing I had to get up at 7:30 (a.k.a. struggle city).

If you go to the park on a weekend, try to get there as early as possibly. It was only 9 AM and cars were already lined up at the gate. 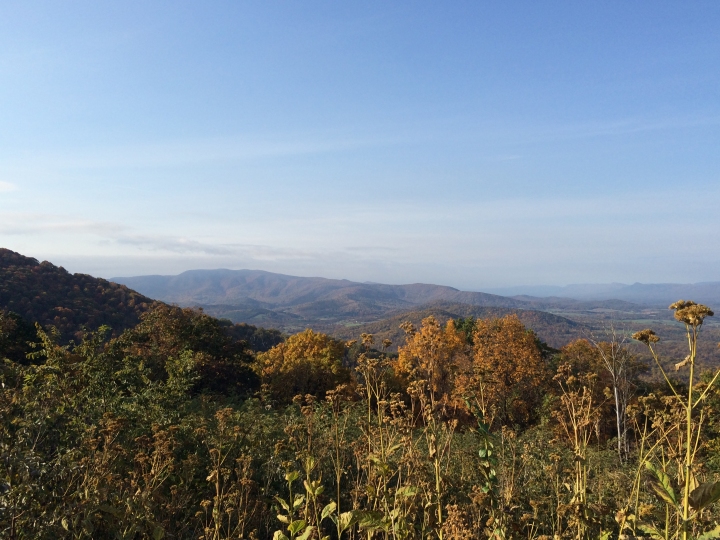 We stumbled upon these awesome trees. It rained yellow and bright green leaves with every gust of wind. 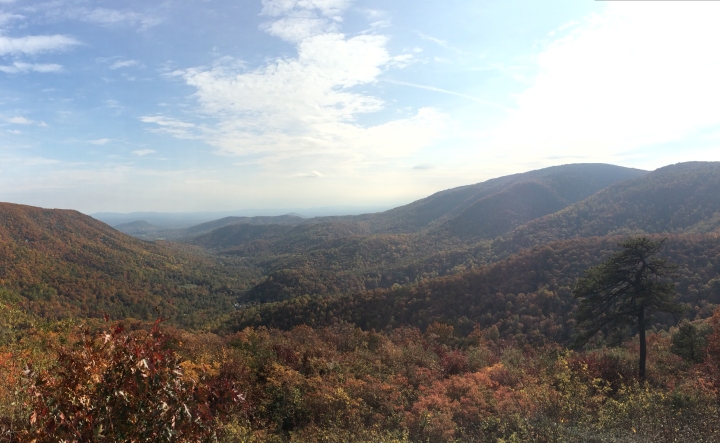 When dinner time came around we had no idea where to go. Turns out, Front Royal has a great selection of restaurants in the area. We ended up eating at Wine & Duck.

We walked in without a reservation and were seated fairly quickly. The highlight of my Chicken Marsala was the carbs. You can never go wrong with pasta and garlic bread after a long day. I probably didn’t need to drink two beers, especially at a restaurant with wine in the name, but it was still a good meal.

Sunday started with a trip to Skyline Caverns.

Ever seen the movie As Above So Below? It’s a movie about a group of people who are trapped in the catacombs below Paris. It doesn’t work out that well for them. As the guide turned off the lights behind us, the movie crossed my mind. 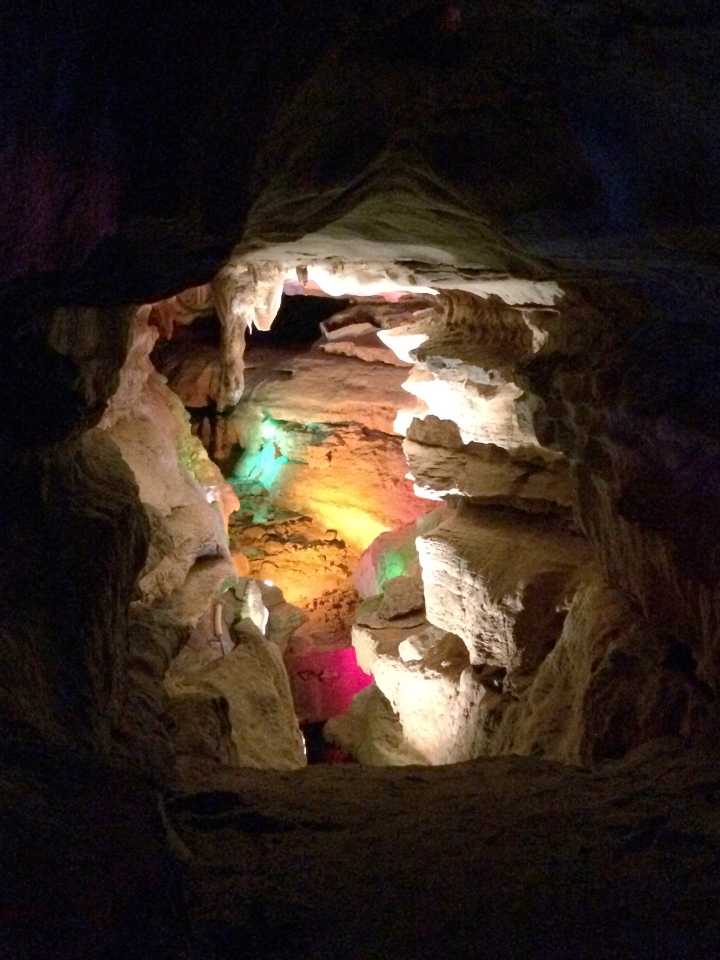 The caverns originally added the colored lights to entertain young children but kept them because they were a hit with everyone. 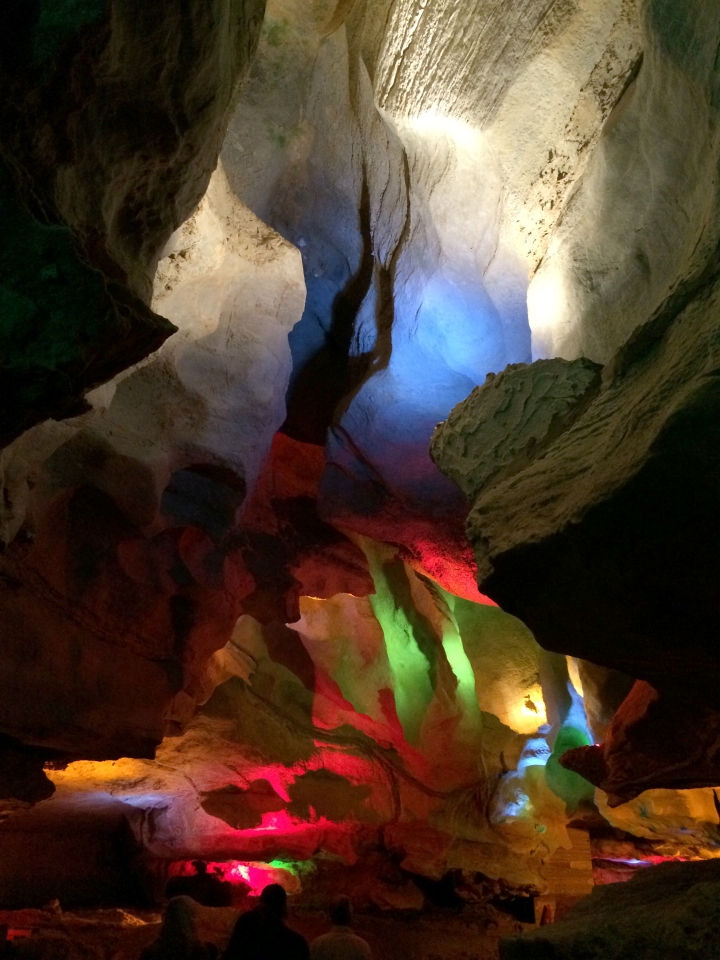 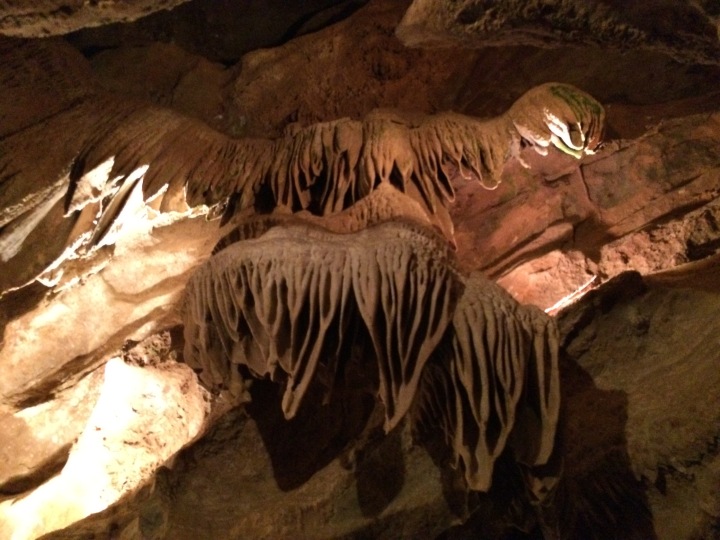 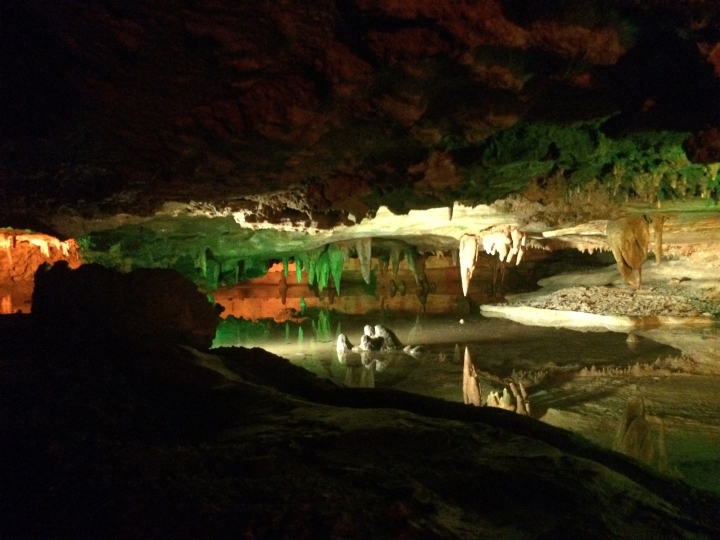 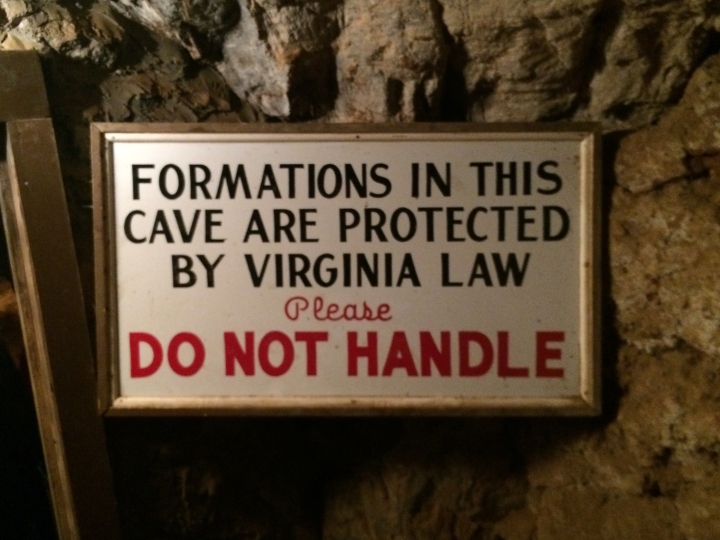 These special needle crystals are called Anthodites. They are shielded by wire netting to prevent damage (and tourists who want to take home a souvenir). Breaking one of these crystals can cost you $5000 in damages, so don’t get any ideas. 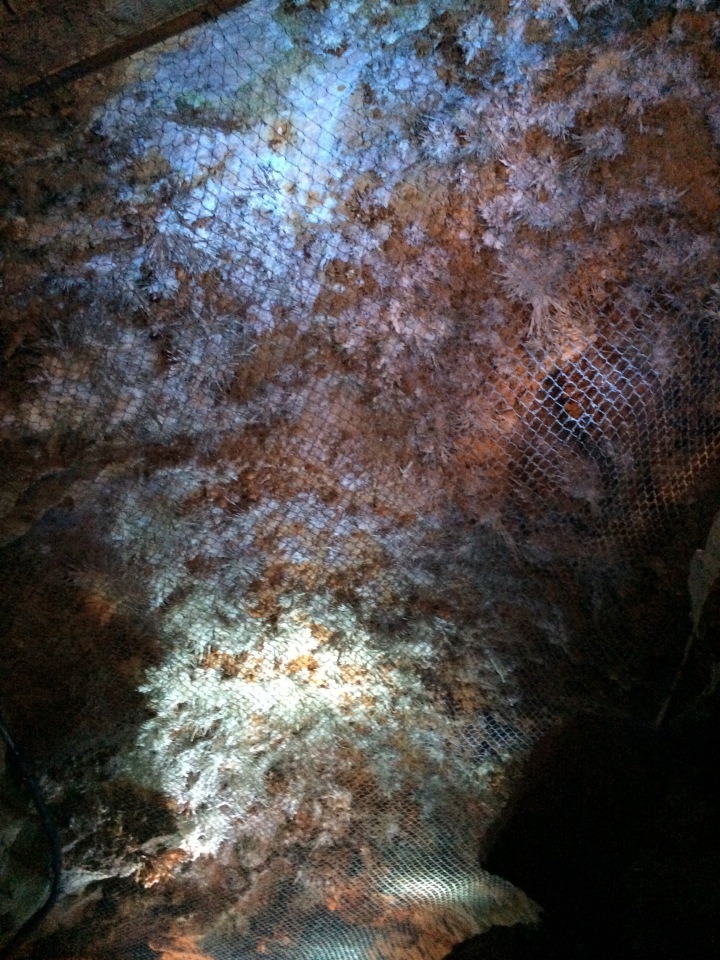 Before leaving Virginia, we took one last trip through Shenandoah up to Dark Hollow Falls. 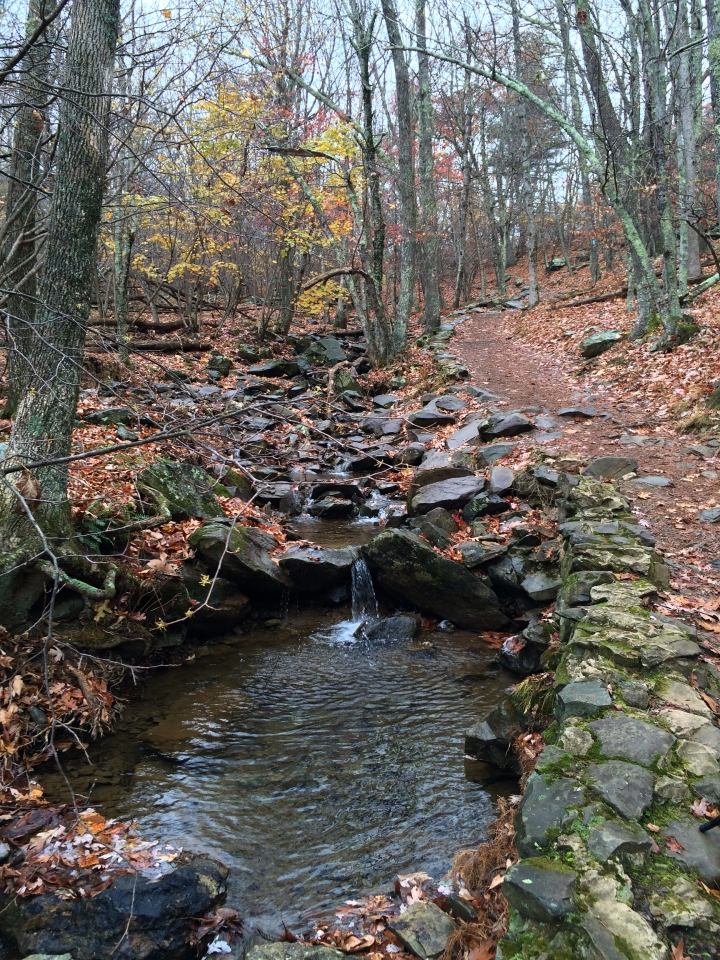 We didn’t make it to the other end of the park, but managed to travel 85 miles on Skyline Drive. What a way to spend a weekend.

Check out the video to see more!