I started my weekend off in a rush. I had to  workout, wash the dog, take a shower, finish packing, and drive over to bae’s place for dinner.

Washing our dog, Alexis, is like washing a heavy, furry baby. She’s looks like a mix between a Corgi and Boston Terrier and carries all of her weight in her long torso. Recently, she has learned that if she lies down, there is no way for me to pick her up without hurting myself. Smarty pants. I now have to trick her by pretending to open the bathroom door. Who knew there was this much deceit involved in washing the family pet?

In the process of bathing, I got my phone wet. Tragedy, I know. Everything else worked fine except for the home button. I entered panic mode thinking I would never see my home screen again. Despite my world ending, I was able to photograph this butterfly before I left my house. Thank god for the camera icon on the lock screen.

I never realized how important my phone is to me. It’s sad to think about it actually. In my defense, it is the only reason for my social life.

I got to Mike’s house in a slight panicky rage. It took all of five minutes to calm down and see that it was working again. I think he judged me. It’s fine.

We got to On The Border just in time to order drinks. Guys- $2 house margaritas on Friday. $2 for a frozen margarita! I would have had more but I broke up with tequila a long time ago and decided to play it safe. In an effort to make smarter choices, I also ordered the grilled chicken fajita tacos from their Border Smart menu. They were okay but the cheap margaritas really stole the show.

Saturday was BEACH DAY! Traffic wasn’t bad until we got closer to the park. We made it all the way down to the entrance only to see that it was completely full. On the way back, we managed to find free parking a short distance from the beach. 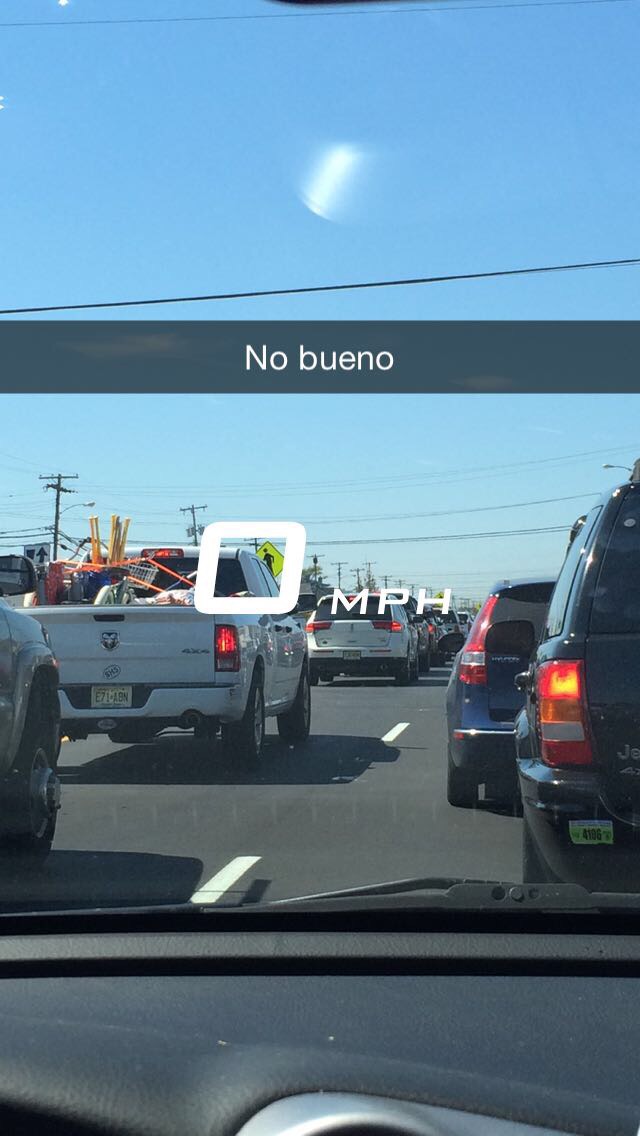 Beach supplies in tow, we walked a block to the beach. The weather was perfect. It was sunny but not so hot that you thought you were going to die from heat exhaustion. We hung out on the beach until it was lunch time.

Three Brothers Pizza on the boardwalk serves the largest slices of pizza that I have ever seen. They were huge! We each had a slice with mushrooms which upped the cost. They were the size of a baby. Average taste for pizza, but it held us over until dinner.

We walked up and down the boardwalk, using the pizza place as our starting point. There were a lot of bars and t-shirt stores with a strong sense of Jersey pride. We stopped to play a game of beer pong and walked away with a toy snake. A stop at the arcade yielded us ten tickets, which we traded in for two skull rings and four tootsie rolls (one of which the manager gave us for free).

For dinner, we checked out Burger 25 based on a recommendation from a friend. It did not disappoint. Mike got a burger with mac and cheese and barbecue sauce. I kept it basic with a mushroom and swiss burger. Even though we were stuffed, we both got ice cream from the place next door. Completely full and tired, we deemed ourselves fatties for the day and drove home.

Having been to the beach so many times this year, I can finally say that I have tan lines. It’s a small accomplishment. Can’t wait to go back before fall.