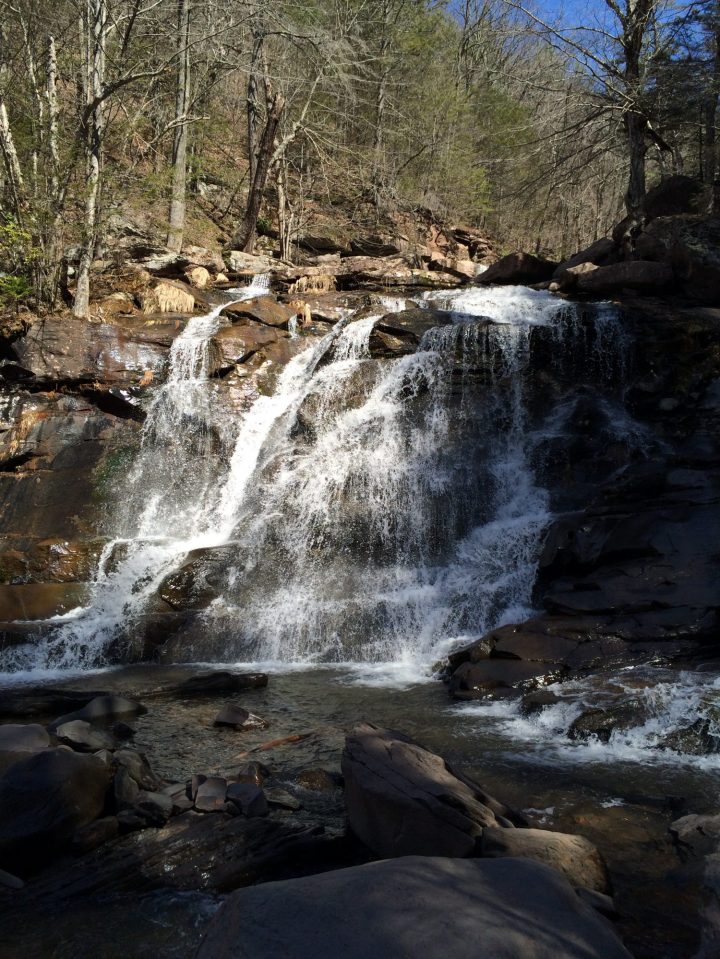 A few weeks ago, I went camping in Upstate New York.

The drive to the Catskills took about two hours. The weather had started to warm up, so the car was nice and toasty. I wore shorts! It was perfect for relaxing but not so warm that you wanted to take a nap.

We spent the night at Brookside Campgrounds. As soon as we got there, we checked-in at the tiny general store near the entrance. The people were friendly and very helpful in telling us where we could camp and what was around the area. We also got some free maps, so it was a win-win.

The view from our campsite. 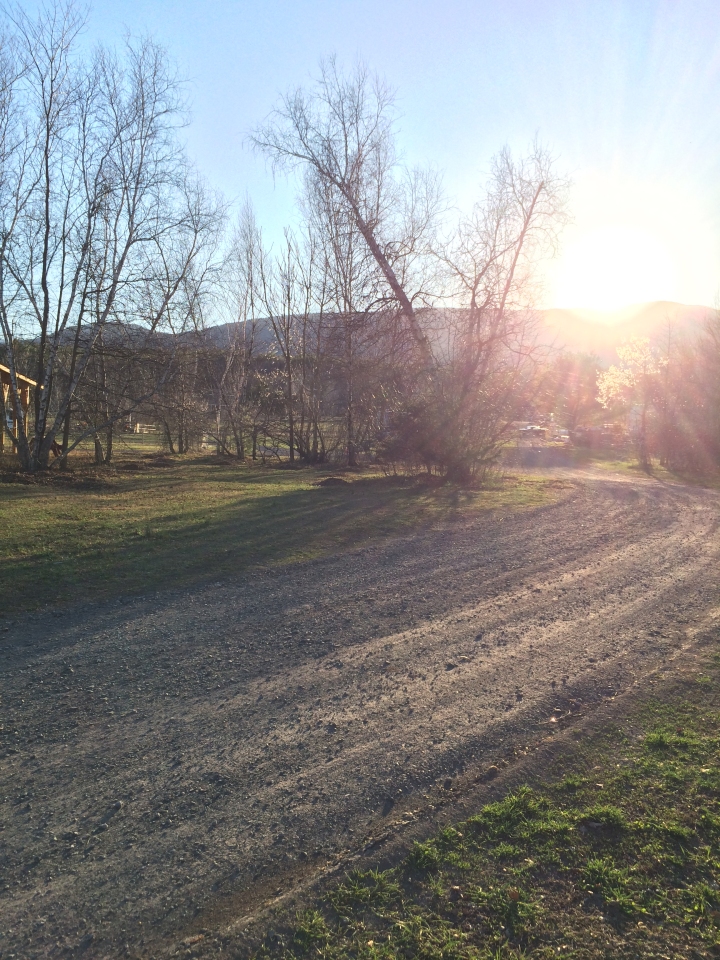 I took a few pictures, mostly through Snapchat. The tent was really easy to set up/ take down. I think they’ve become easier since camping with the girl scouts. Nice and roomy for a four person tent AND we were able to shove an air mattress in there (I spelled mattress with one T and it kills me). 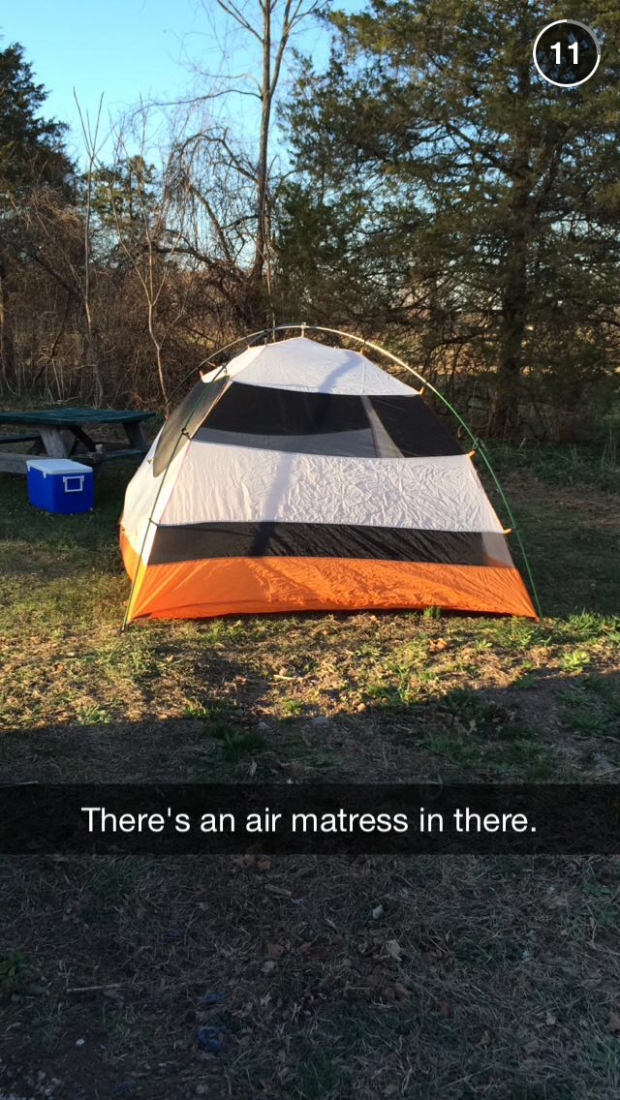 My only regret was not packing more layers and more socks. Always bring extra layers and a blanket, even if it isn’t THAT cold.

Apparently, we had guests near our tent late that night. Mike thought it could have been raccoons or another small animal too short to see over the tent. I think it was aliens. Loud but tiny aliens.

We got an early-ish start the next day. We had planned to go hiking around the area, but decided to check out the Kaaterskill Falls instead. Pretty cool, right? 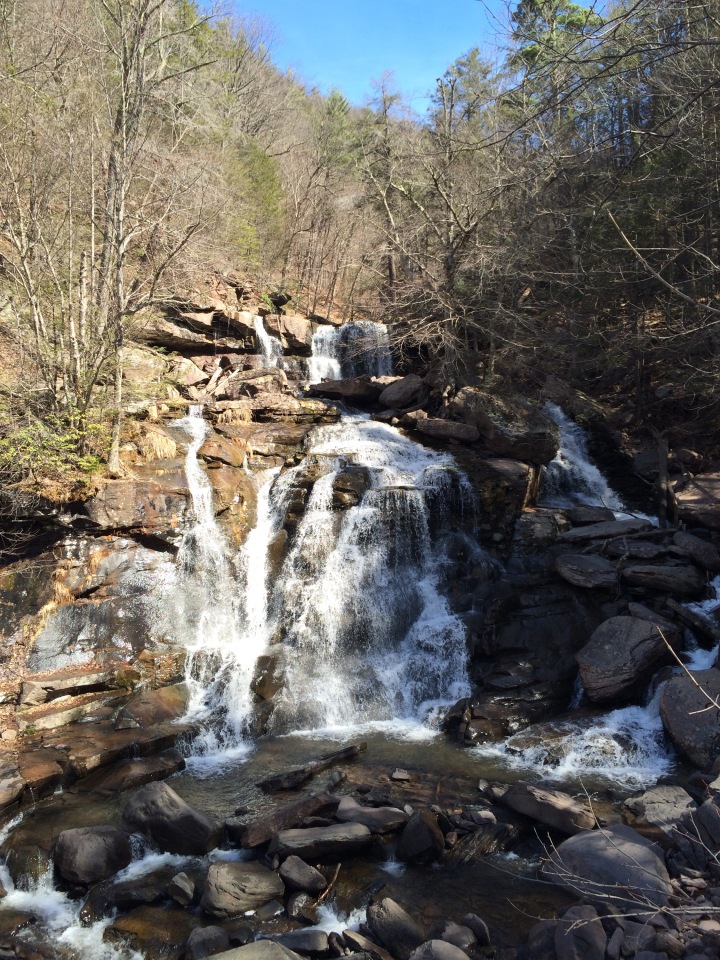