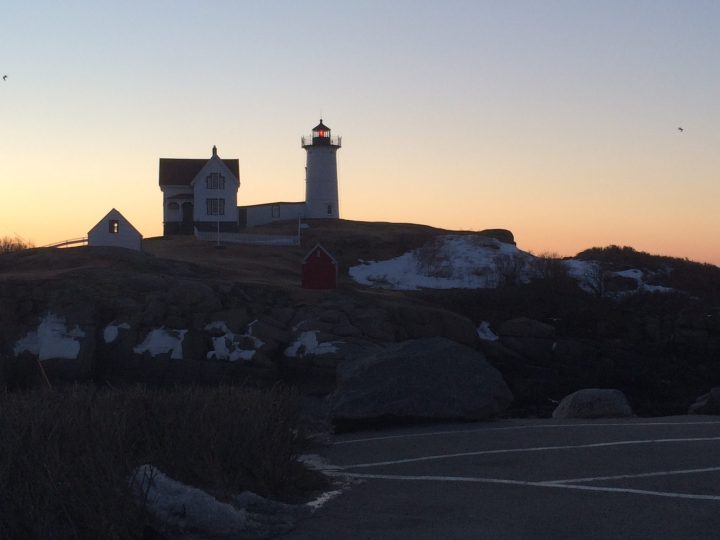 I guess I’m at that point in my life where I can just travel to places at the drop of a hat, assuming my schedule is free. When I was younger, I always wanted the freedom to go wherever, whenever. I thought it would be cool to hop on a plane/train/car and go somewhere. Turns out, it’s awesome!

This is where I tell you about my trip to Maine…

We left mid-morning and arrived at the hotel around dinner time. The drive took about 5 hours and we stopped once for food. I can say, as the avid traveller that I am, I really appreciate E-ZPass.

Our hotel was in a good location and was super cheap, but for mid-March, it was surprisingly crowded. We were greeted by the woman at the front desk and an older gentleman in swim trunks asking for extra towels. Kids and other guests took over the pool, meaning no jacuzzi time.

After we relaxed for a bit, it was time to check out Nubble Lighthouse in York. 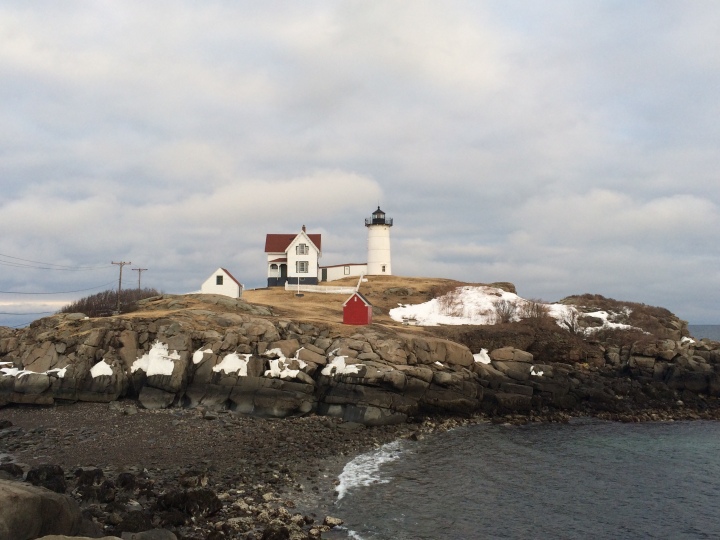 The parking lot was full when we arrived. There were people taking selfies and children running in every other direction. Who knew that THAT many people liked lighthouses? It was also freezing outside.

Taking pictures was difficult. I brought my fleece lined gloves instead of my texting gloves and was forced to take them off anytime I wanted to take a picture (it was a #firstworldproblems kind of problem). The wind went right through my soul. 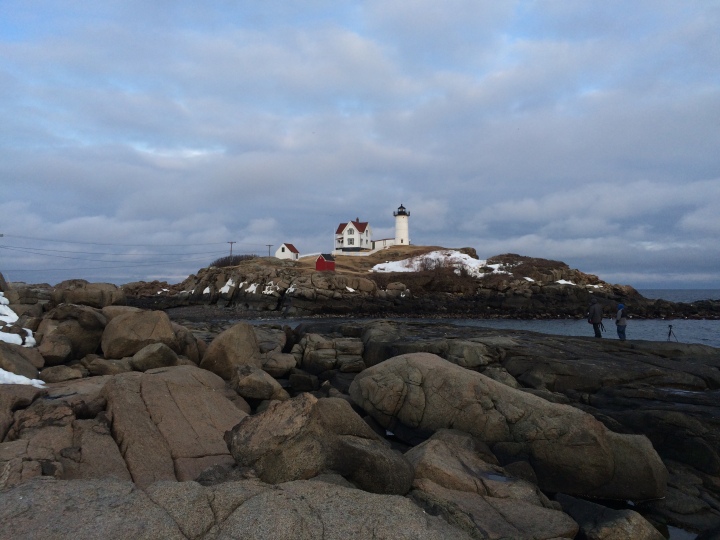 We had plans to grab dinner at the restaurant directly across from the lighthouse, but it was closed. Instead we went to The Lobster Cove. I ordered the Fisherman’s Stew, he ordered the Lobster Mac and Cheese, and they were both excellent. Definitely getting the lobster mac next time, especially for the garlic bread.

The next morning, the man friend woke up at 2 AM to take night shots. It was pre-negotiated that I would wake up at 6 AM. No earlier, possibly later, but I was free to wake up at 6. Well, guess who shows up at 5:50 AM? Lies, all lies. My eyes were still closed by the time we left. 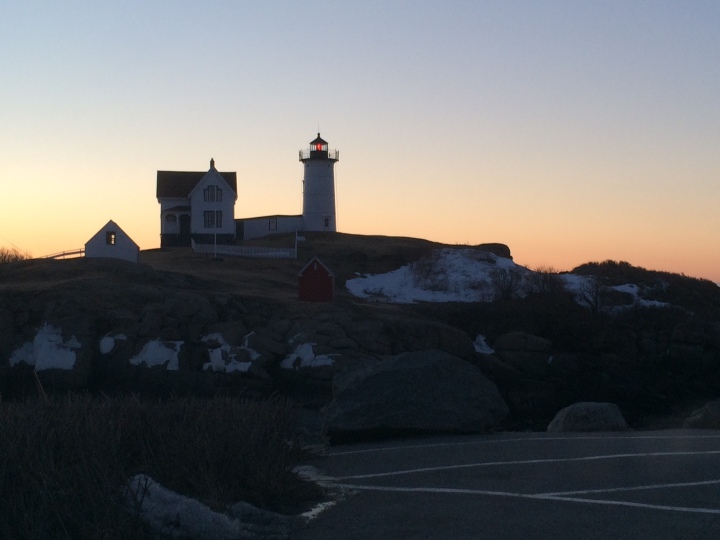 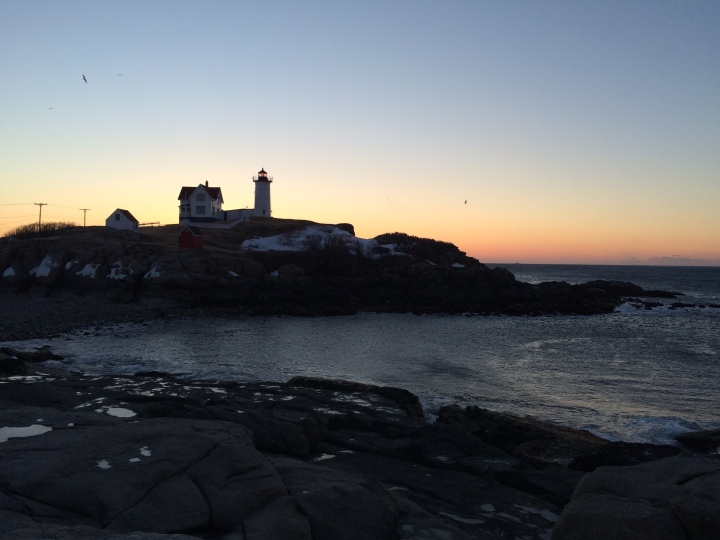 Although I don’t understand the draw of lighthouses, I will say that it was worth waking up early to see the sunrise. I snapped a couple pictures, but mostly sat back and watched the sun rise…from the car. 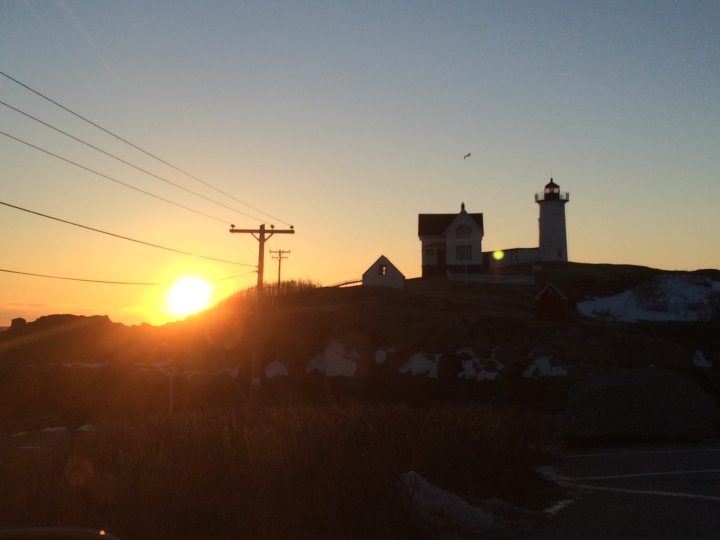 What can I say? It was so cold, I felt the wind blow in one ear and out the other. I know now that I should have packed more layers OR that I should only leave the house when it is a minimum of 50 degrees. 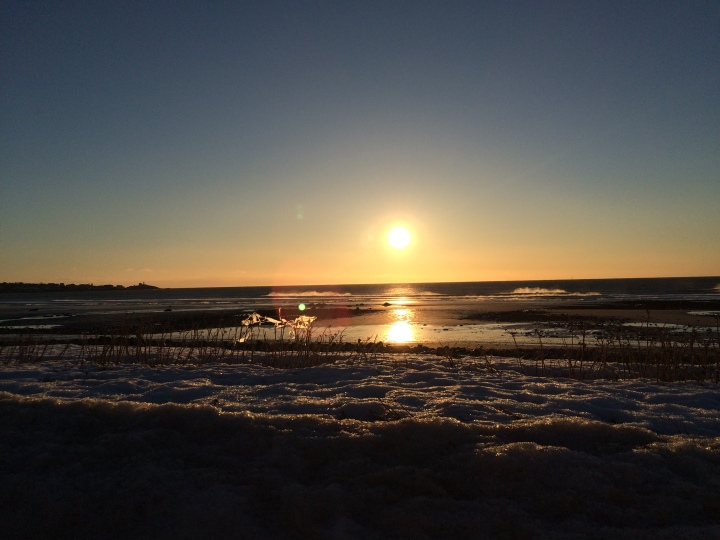 Another trip back to the hotel to collect our things, and we were on the road again. Before leaving Maine, we stopped at this tiny makeshift diner in a strip mall. It sounds sketchy, but the food was DELICIOUS. Greasy, fattening, deliciousness.

I definitely want to go back to Maine. York alone is worth a visit, preferably when it’s 30 degrees warmer. Even though I spent less than 24 hours in the state, I can understand why it is a great place to visit.